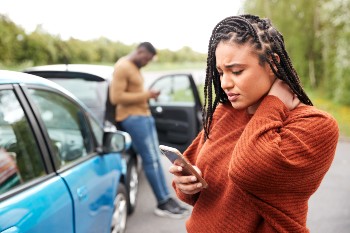 Despite a robust public transportation system, Pennsylvania still sees more than 300 vehicle accidents per day on average, with more than 200 of those typically resulting in some kind of injury. While many of those collisions are relatively minor, some could put you out of work for an extended period and in need of an attorney to seek compensation on your behalf.

In this article, we’ll look at some of the most frequent types of accidents that may lead to a settlement or lawsuit.

Alcohol and driving are always a bad combination. DUI incidents are clear cases of negligence where the driver didn’t display the duty of care required to avoid harming pedestrians or other motorists.

This type of collision occurs when two vehicles collide front-to-front, typically because one driver has left their lane due to falling asleep, experiencing a medical issue, or driving under the influence.

Instances where a driver flees the scene of an accident to avoid responsibility come with severe legal consequences. An attorney can assist you in finding the at-fault party in a hit-and-run collision to hold them responsible for your injury.

This type of crash occurs when a driver, usually on a motorcycle or smaller car, tries to drive between lanes of vehicles to get through a traffic jam. While it may seem like a quick way to get through standstill traffic, unfortunately, it often lane splitting often results in a collision and injury.

The U.S. highway system and individual city streets are built around making right-hand turns, which means there’s always an element of danger when making a left turn without a protected left arrow at a stoplight. These collisions occur when someone misjudges the distance between vehicles, or when a driver going straight tries to speed up and beat the red light when you’ve already started turning left.

These accidents are often the hardest in terms of determining fault, since the person who hit your vehicle may not have actually caused the accident. In many cases, the accident is further complicated because a driver seeking to avoid some sort of road hazard either comes to a sudden stop or swerves and speeds up, which begins the chain reaction of vehicle collisions.

Rear-end collisions are all too common in heavy, high-speed traffic conditions or instances where someone is driving aggressively and following too close behind you. A car that crashes into the back of another vehicle in this manner is almost always found at fault for the accident.

While a rollover is often a single-vehicle issue that occurs when swerving at high speed to avoid a collision, there are instances where another negligent party may still be held responsible for causing the accident.

Although roundabouts can significantly reduce traffic congestion and make high traffic areas safer overall, they only work if drivers follow the rules. A driver who isn’t following the flow of traffic and doesn’t yield properly may be held at fault when causing a collision while entering a roundabout.

If you or your vehicle were struck by a Southeastern Pennsylvania Transportation Authority bus, an attorney can help you navigate the different legal rules that set SEPTA claims apart from other types of car crashes.

Happening in both parking lots and intersections, these common accidents typically result from distracted driving or failing to yield, which leads to the front of one car crashing into the side of another vehicle.

Were You Injured in a Philadelphia Car Crash?

Whether you live in the area or were visiting from out of state, you need a personal injury attorney who understands how the Philadelphia auto insurance system works. To protect your right to compensation after an accident, you should speak to a lawyer who has experience negotiating with local carriers and government-run organizations like SEPTA. Use the online contact form to request a consultation so we can find out more about your accident and help you get back on your feet after your injury.