Can a driver's use of marijuana cause a car crash? 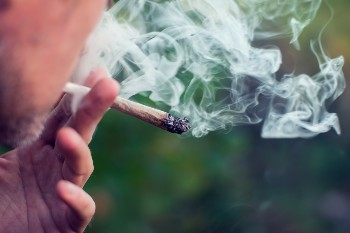 While marijuana is seeing increased legalization across the country, recreational use currently remains illegal under Pennsylvania law. A medical usage bill was signed into law in 2016 however, and dispensaries began legally selling to patients two years later. Despite this changing legal landscape, driving under the influence of marijuana is still prohibited. Victims of car crashes where the driver had been smoking or ingesting edibles can seek compensation for their injuries.

What You Need to Know About Cannabis and DUI in Pennsylvania

The presence of THC—the active component in marijuana that produces the “high” effect—in a driver’s system can result in a DUI charge. This currently remains true even for patients who are operating within the boundaries of the state’s medical marijuana law. THC remains detectable in the system for much longer periods than alcohol, however, which can complicate tests to determine if a driver was under the influence at the time of the crash.

Marijuana-related driving laws are still being debated at the state and federal level, and bills have already been introduced in Pennsylvania to change existing laws as more people sign up for the medical program. That’s why it is critical to speak with a local attorney to get the most up-to-date information.

Even as these laws change, however, using marijuana can still decrease reaction speed, reduce overall coordination, and impact a driver’s ability to judge distances and times. This essentially results in distracted driving that can cause a crash, especially when combined with other negligent behaviors.

You may not be able to immediately tell if the at-fault driver was under the influence, but an attorney can help you gain the evidence you need through police reports, eyewitness accounts, and other avenues. By proving negligence on the driver’s part through marijuana usage, you can potentially recover compensation for:

Do You Suspect the At-Fault Driver in Your Crash Was High?

Talk to an experienced Pennsylvania accident attorney today to find out if you need an investigation into the causes of the crash. We want to know more about your accident to see if we are the right fit for your case and determine if you should be seeking an insurance settlement or taking the driver to court.