The Difference Between a Car Accident Claim and a Lawsuit

People often ask me how long they have to bring a car accident claim. It is important for clients to understand that bringing a car accident claim is no more than notifying your insurance company or some other driver’s insurance company that you were involved in an accident, suffered some kind of loss, and want to be paid for your loss. It could be for damage to your vehicle, severe injuries, or payment of medical bills. Once you have notified the insurance company, it will assign a claims adjuster, give you a claim number, and start processing the case. If you’re simply making a claim for damage to your car, the odds are you can resolve the claim directly with the insurance company. 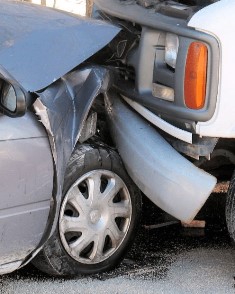 Difference Between a Car Accident Claim and Formal Lawsuit

Filing a formal lawsuit requires that you to spend some time and money and must follow the rules of your local courts. If you don’t do this the right way, you might as well not do it at all. For small claims, there are courts in Philadelphia and in the suburbs that can show you how to do it yourself. It does require a trip to the courthouse to get the papers filed. I find that these courts are very helpful for these claims. However, anything more than a small claim, and especially for a car accident claim, I would not recommend you try to handle it yourself. There are too many issues that can go wrong.

For instance, if you are injured in a motor vehicle collision with some type of government agency vehicle, or your car gets damaged by this vehicle, there are special rules that apply. There are time limits on how long you have to make a claim. There are rules which require that you make the claim in writing and rules on what information you have to give. If you have to file a formal lawsuit, there are rules on what you must put in your complaint and who or what you have to name in the complaint. In these types of cases, you need a car accident lawyer familiar with these special rules.

Get the Right Attorney for the Case

Here’s a tragic example of an inexperienced attorney doing the wrong thing:

His client was seriously injured as the result of negligence of a Pennsylvania state agency known as the Department of Transportation. Just before the two-year statute of limitations, the attorney filed a formal lawsuit against the State of Pennsylvania. The case was eventually dismissed because naming the State of Pennsylvania in the formal lawsuit was not good enough. The attorney should have specifically named the Pennsylvania Department of Transportation. By the time the lawyer found out his mistake, the two-year statute of limitations had passed, and the case was thrown out.