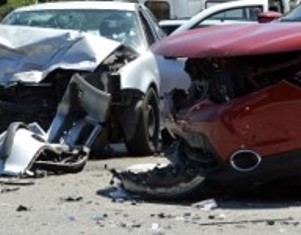 One of the Most Dangerous Roads in Philadelphia

The Roosevelt Boulevard has two intersections at Grant Avenue and Red Lion Road that have been deemed the second and third most dangerous intersections in the country by State Farm. In 2004, Philadelphia saw its first red light camera installed. There has been numerous pedestrian accidents and injuries, and currently studies are underway to allow pedestrians to be separated from vehicular traffic.

The injuries and deaths on and around Roosevelt Boulevard make for horrific headlines. Here are just a few:

Man Dies in Roosevelt Boulevard Car Fire. Late one night, a man driving a car lost control and rolled over. The car caught fire with the man trapped inside. He was pronounced dead by police at the scene.

2 Pedestrians Killed in Car Crash. At the Borbeck Avenue intersection, a car struck two pedestrians killing them. One man was pronounced dead at the scene, and the woman was rushed to the hospital who later died.

One Dead in Car Crash on Roosevelt Boulevard. In Northeast Philadelphia on Southampton Road on October 14, 2013, one person has died in an accident.

Severe Injury in Accident. On Grant Avenue, one victim has been taken away by an ambulance after a two-car accident.

Mother Is Killed in Wrong-Way Car Crash. Police report that a car was driving the wrong way and hit a minivan killing the mother inside.

Drivers who fail to exercise caution and cause harm to others due to negligence can be held responsible. If you have been in a Philadelphia car accident, it’s important to understand your rights as an injured victim. When seeking compensation, clients can make claims against negligent drivers such as:

Injured drivers can be compensated for damages such as:

The Pennsylvania Department of Transportation has released statistics from 2008 to 2013 showing that there were about 3,000 car accidents or collisions on Roosevelt Boulevard. Out of these crashes, there were 40 deaths. This long stretch of highway can lead to catastrophic injury at a moment’s notice. It’s important for drivers and pedestrians to exercise extreme caution whenever traveling along the Boulevard’s many intersections. No one wants to become a statistic.

Work With an Experienced Accident Lawyer

The Heslin Law Firm has been helping injured victims in Philadelphia recover financial compensation for their injuries for over 30 years. We specialize in all types of accidents, including car accidents, SEPTA accidents, motorcycle accidents, pedestrian accidents, and more. If you have been injured due to someone’s carelessness, it’s important to understand your rights to recover damages.

If you have ever tried to deal with the insurance company after an accident, you know what a headache it can be. Our attorneys have dealt with insurance adjusters for years and aren’t intimidated by them in the least. Complete our contact form, or call our office today for a free consultation if you have been hurt due to negligence.