Is SEPTA always at fault for passenger injuries? 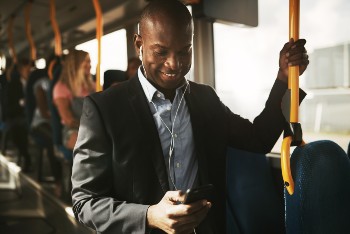 Recovering damages after a crash caused by negligence can be more difficult than you think, especially when dealing with a government organization. Whether you were a passenger on a bus or a pedestrian on the street, it is your responsibility to legally prove that the Southeastern Pennsylvania Transportation Authority (SEPTA) failed to uphold their duty of care and caused your injury. To do that, you need the help of a skilled local attorney to sift through all the available evidence and determine who was specifically at fault.

Knowing When SEPTA or Other Parties Are at Fault

In some cases, it may be fairly clear cut that SEPTA was responsible due to driver error, negligent training practices, lax vehicle maintenance schedules, or even by failing to repair walkways and buildings.

There are several legal distinctions between a SEPTA accident and a standard car crash on Philadelphia streets that can make matters less clear, however, particularly if the vehicle was stopped when the injury occurred.

In most instances, the fault only lies with SEPTA if the bus or trolley was actually in motion at the time of the injury. If the vehicle wasn’t moving, fault more likely lies with another party. You may instead need to seek compensation for your injury from:

No matter who ultimately caused the accident, your best shot at recovering damages for your medical bills and loss of employment comes from working with an attorney who has previously handled SEPTA cases. Your legal representation can prove who caused your injury by utilizing:

We Want to Help if You Were Injured by SEPTA

Holding the negligent party responsible for your injury requires negotiating with insurance carriers or even taking SEPTA directly to court with the help of a legal professional. If you were hurt by a SEPTA vehicle, it's time to talk with Heslin Law Firm and get started gathering evidence to prove your case.