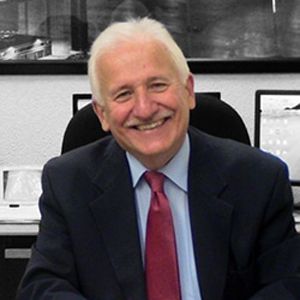 If you fall and injure yourself on a street in the City of Philadelphia, you better have a lawyer who is willing to fight them all the way.

The City of Philadelphia does not settle cases for anything fair, until and unless the case is coming up for trial. You might as well file a lawsuit and get the case moving toward a trial date. Technically you can wait 2 years to file a lawsuit against the City of Philadelphia. That is known as the statute of limitations. That is a waste of time. Depending on the complexity of the case, it takes anywhere between 1 to 2 years AFTER you file a lawsuit before a case is listed for trial. Again, the City is not going to settle until the case is listed for trial, so you might as well file the lawsuit right away and get that clock moving.

Over the years, I have found a pattern in City cases. The initial determination of whether they are going to settle is made by the claims department. They do not.

When you put the case in suit, a deputy city solicitor begins representing the City. These are good lawyers and they know what they are doing. They will do everything they can to represent the City and win their case.

My Law Firm Only Gets Paid If We Win

There is no better motivation to work nights and weekends than that. We must outwork them. We must be ready to take the case to trial. We know that a lot of clients do not want their case to go to trial. They would rather settle. If that is the case, then we must be able to convince the City attorney that they are better off settling. We must convince them that they are going to have to spend a lot of time, at night on weekends, preparing to take the case to trial. We must convince them that if they do not settle the case, they could be embarrassed when a judge or jury comes back with a huge verdict in our favor.

Just before any trial, the case goes in front of a judge for a settlement conference. That is the time when you get the judge to recommend a great settlement figure. The City attorney must go back and tell the people with the money why they should settle the case. Again, keep in mind, the City attorney does not get paid any more for taking the case to trial.

I had a client that fell and injured himself in a hole on a city street right in front of his house in Fishtown. The hole had been there for months. The client knew about it for months. He was the one that reported to the City. The City was taking the position that the hole had been there for such a long time, that the client knew about it and therefore the accident was his fault, not theirs. Believe me when I tell you that many cases are lost because a person knew or should have known about an open and obvious defect. I did defense work and I used this argument all the time.

Heslin, Personal Injury Attorney Wins Against The City of Philadelphia

When the case went before the Judge for a settlement conference, I pointed out some case law I had found about the theory of momentary inadvertence. It basically says even if you already knew a dangerous condition existed, your inattention be can be excused if there is a good reason. In this case, someone was dropping my client off in front of his house and he was reaching in the back seat of the car to get his bag. A car pulled up behind him and started beeping his horn. The client got excited and quickly grabbed his bag and turned and put his foot into the hole and was injured. I convinced the judge that I would win the case with this theory. The judge convinced the City attorney that I would win. The offer had been 0. Shortly after that, the case settled for $400,000.