Determining Fault and Liability in a Pennsylvania Rollover Crash 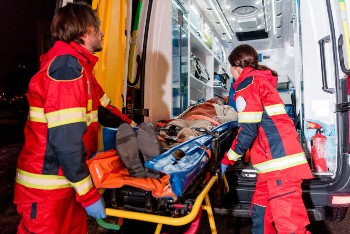 While rollovers are a less frequent form of accident, they tend to be more deadly than many other crashes due to the violent movement involved. Rollovers typically happen when momentum is still carrying a vehicle forward but the direction of movement suddenly changes due to turning or hitting an uneven roadway. Discovering who exactly is at fault for a rollover is critical to recovering damages if you were injured.

What You Need to Know About Rollover Crashes

Absolutely any type of vehicle can potentially rollover in an accident, but taller vehicle types are more likely to roll during a crash. Vans, SUVs, and large trucks are particularly susceptible to tipping over in an accident.

Rollovers can occur either when driving straight forward or when turning on highways, in parking lots, or any Philadelphia street. Fault for the rollover depends on where and how the accident occurred. Common causes of car rollovers that can put a driver at fault in Pennsylvania include:

Why You Need an Attorney After a Rollover Accident

Unlike other crashes where two cars collide, a rollover frequently involves only a single vehicle. You may have a legal claim to seek damages as a passenger if you were injured due to the driver’s negligent behavior. In some cases, however, a vehicle that rolls over at high speed may collide with another car and cause an additional accident.

In either instance, you need the help of an experienced accident attorney who knows the ins and outs of Pennsylvania laws to determine who is at fault. A lawyer can go over the facts of the case and utilize testimony from a variety of sources to prove who specifically caused the rollover.

Pursuing compensation may involve seeking a settlement from the negligent driver’s insurance carrier, or going after another source such as the vehicle manufacturer if a faulty component caused the rollover.

Has a Rollover Crash Impacted Your Life?

Don’t wait to get legal advice while bills pile up as you are recovering. Fill out our online contact form today and provide the details of your rollover accident. If your injury was caused by negligence, we can help protect your legal right to seek compensation for medical bills, pain and suffering, and loss of wages.