What You Need to Know About Sending Car Accident Demand Letters 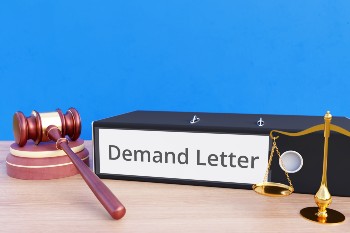 After being hurt in a serious car accident, you need to send a demand letter to pursue compensation for your damages. This important document details what you are specifically owed due to any costs accrued from the accident. While you might be tempted to draft your own letter, there is significantly more to it than just simply talking to an adjuster and sending an email, which is why an attorney can be an invaluable resource.

What Does a Demand Letter Do?

The goal of a demand letter is to show the insurance carrier you are serious about your claim so you receive the full settlement you are owed without needing to progress further and take the case to court. Working with a skilled Philadelphia accident lawyer makes this step much easier and increases your chances of recovering all your damages.

When dealing with insurance on your own, it’s incredibly easy to accidentally undermine your case, as adjusters have a vested interest in offering a lowball settlement or denying your claim. If you write your own letter, you may inadvertently undervalue your claim, include emotional language about the at-fault driver that won't be well received by the insurance adjuster, or present details that harm your case.

Don't Make The Mistakes Hundreds of Others Have, Craft a Demand Letter with a Skilled Attorney

After sending the demand letter, a car accident attorney can work with you on the next stage of your claim, whether that’s accepting the initial offer, negotiating with insurance to get the amount you actually deserve or pursuing a court case against the at-fault party.

Were you in a Pennsylvania car crash and need to draft a demand letter? Send us the details of your case so we can determine how to help.