How to Fight a Philadelphia Traffic Ticket

By now you’ve probably heard of the indictments of a lot of traffic court judges in the city of Philadelphia. These judges are being charged with corruption, and they will get their day in court.

It’s a two-step process, and very often the second step is the most important. 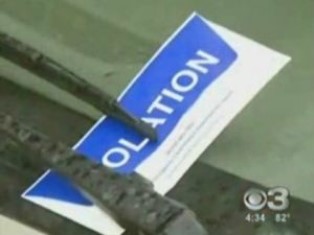 Fighting the Ticket at Your Hearing

The first step is rather obvious. You need to follow the instructions on the traffic ticket, and do whatever is necessary to fight the ticket. This is going to mean that eventually you will be scheduled for a hearing on your traffic ticket at Philadelphia traffic court, which is located at Eighth and Spring Garden streets in Philadelphia. This is going to be your first opportunity to try and beat the ticket. I suggest that you be there early, be prepared, and bring any witnesses you think you will need. Once you get there, you can ask where to go. Wait for your case to be called, be respectful to the judge, and do your best to try and beat the ticket there.

Maybe you will win. Maybe you won’t. If you win, good for you; that’s the end of it. You can congratulate yourself on a job well done.

If you lose, you need to take step two. Step two involves appealing your traffic court conviction to the next highest court, which is the Court of Common Pleas of Philadelphia County.

Once you file the appeal, you will be given another date for a hearing. This is going to be your second opportunity to beat the ticket. However, there is a different strategy that you can use at the second hearing, and it doesn’t necessarily mean going to the hearing and trying to beat the ticket.

Remember, the most important reason you’re probably there is because you don’t want to be convicted of the charge on the ticket. This could be speeding, running a red light, reckless driving, or anything that’s going to involve getting additional points which might result in the suspension of your license.

The secret to success at the next hearing is to plea bargain. By that I mean to agree to plead guilty to something that is not going to result in any additional points to your license or a suspension of your license. The most important thing is to save your license.

What most people don’t realize is that there are too many cases for the prosecutors to handle. They can’t have everyone go to trial for their traffic ticket. It would tie them and the court up for too long. As a result, they are usually willing to make a deal. You don’t want to be convicted of something like running a red light. They don’t want to drop the case. But they don’t have time to take all the cases to trial. The solution is to offer you a deal to plead guilty to some lesser violation which is not going to result in additional points on your license. My suggestion: get there early. Seek out the prosecutor. Try and make a deal. If you can get a deal for a lesser violation, take it and go home knowing that you still have a license.
1 Comments
Hello I hope you have time to answer I know how busy you must be. I missed my court date because I was sick and didn't want to put anyone else in jeopardy just in case it was covid. We tried to call but the call kept being dropped once we followed the automated steps to speak with someone. I figured I'd get a warning and another date, but instead they convicted me of reckless driving and gave me a 6 month suspension! If I take off work to go and appeal, will they definitely give me another date or is it not a guarantee? Its already been 9 days so I know I have to go soon. Thank you for your help!
by Dominick Cacchio January 21, 2021 at 07:44 PM
Post a Comment